Can you change the grounds for divorce?

As the law in England and Wales currently stands, there is only one ground for divorce, which is the irretrievable breakdown of the marriage.

This can be proved by the applicant to the divorce (“the Petitioner”) establishing one of following five facts:

Although there is only one ground for divorce, the fact upon which it is based has to be specified in the divorce petition and this can be changed in certain circumstances where necessary. The earlier the stage in the proceedings however, the easier it is likely to be to change the basis for the divorce.

As solicitors who are members of Resolution, we make every effort to try to agree the key aspects of a divorce with the other party at the outset and prior to issuing the divorce petition. This often helps to keep matters amicable and avoid confrontation, which is generally in the interests of all parties. It also means that if the other party objects to the proposed fact then an alternative can be proposed. This can simply be done by amending the divorce petition prior to issuing it with the Court.

In addition to the above, there are also other pitfalls that the Petitioner can fall into if they are not careful. For example, it is sometimes the case that a Petitioner issues proceedings based on the other party’s unreasonable behaviour, as they have not yet been separated for 2 years. If the Respondent defends the Petition and the subsequent delay means that the date of 2 years separation has passed, then the Petitioner may feel that they can amend the Petition to 2-years separation with consent in order to avoid making allegations against the Respondent. Unfortunately, this would not be successful because their must be 2-years of separation prior to the date the Petition has been issued. Therefore in these circumstances, it would be necessary for the Petitioner to seek the Court’s permission to withdraw the original Petition and then issue a fresh Petition on the new fact of 2-years separation with consent. In addition to the delay this would also result in the Petitioner incurring a further Court fee for issuing, which is currently £550.

In summary, whilst it is possible to amend the fact of a divorce, the process for doing so depends on the stage of the proceedings. Careful consideration needs to be given to ensure that amending the Petition is the appropriate step to take in the circumstances and that it is done correctly.

Given the potential complexities, as well as the significant delays and additional costs, that can be caused in seeking to amend the fact/basis of the divorce, obtaining legal advice at an early stage can be extremely beneficial. 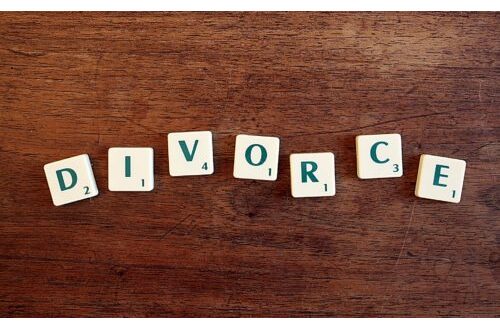