Tisshaws are delighted to announce their first winner of their Community Champions Campaign – Vicky Small from the Mid Sussex Early Help Process Team.

Tisshaws has asked local residents to nominate those people in the community that have done something that little bit special to help their corner of the Mid-Sussex community during these difficult times.

Tisshaws have randomly selected their first Community Champion from the first round of nominations. Gilva Tisshaw, Family Lawyer said “We launched the Community Champion search as we wanted to acknowledge some of the positive stories and people that have come out of this incredibly challenging time. Vicky’s story demonstrates how adapting how you work can help so many people and although Vicky is our named winner it is a real story of a team pulling together.”

Vicky Small and her colleagues in the Mid Sussex Early Help Process Team, have worked tirelessly over and above their usual responsibilities and service provision. Their whole way of working has been turned upside down due to not being able to directly support families that are experiencing difficulties. They have reworked their practices and are now supporting multiple families throughout Mid Sussex who need more assistance, with children and parents suffering greater anxiety in these troubling times.

The team have gone as far as buying nappies and formula for new mums who are unable to afford these basics, through to arranging food bank collections. As well as this the team and Vicky, support local mid Sussex schools who are looking after vulnerable children and those of key workers to ensure that support is always there and help given when asked for.

Vicky and her team have on numerous occasions gone above and beyond what is expected in their role.

The nomination also read “It is very difficult to put into words the dedication that Vicky and her team have shown over the past 12 weeks. Vicky has led her team and always ensured that each of them is supported so they can give the best care to the children and families of Mid Sussex.

I would really love to nominate all 10 members of the process team for their dedication over the past 3-4 months but I know that’s cheeky as you only wanted one nomination.”

However, when Vicky was contacted with the news that she had been nominated and won, without hesitation she said she would use the £50 voucher from The Bay Tree Coffee Shop to treat the whole team to coffee and cake.

Tisshaws are still looking for more special people to reward so please send in your nominations, they could be someone that has gone above and beyond in helping their community or it could be someone that you are just very thankful for and has been there for you in your time of need. Please send your nominations with a brief description of why you think they should be chosen.

Tisshaws are picking a winner at random every two weeks from the 1 July 2020. Each winner will receive a £50 voucher purchased from local businesses such as Pruners Hair & Beauty Salon,  Go Botanica and The Bay Tree, so they are supporting local businesses as well as rewarding local heroes. 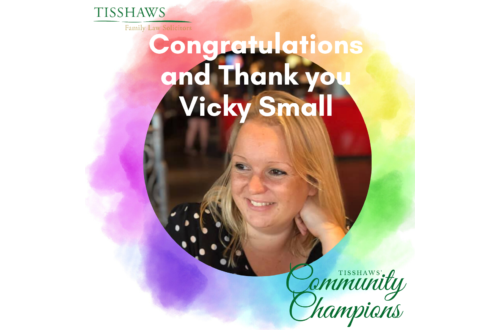 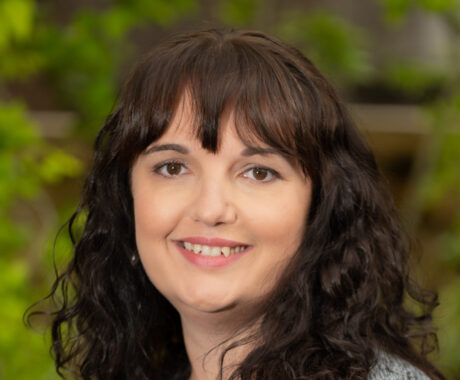