My financial circumstances have changed as result of the Coronavirus – can my financial settlement be set aside?

Financial orders – can be they varied or set aside?

The terms of a financial settlement arising from a divorce is recorded within a financial court order.  This order can be made by agreement between the two parties involved or imposed by a court in Financial Remedy proceedings.  The order will become legally binding upon the parties upon pronouncement of their Decree Absolute, which is the final stage of the divorce proceedings when the marriage is dissolved.

Whilst a financial order is intended to achieve finality for the parties, certain provisions that are recorded within it are capable of variation.  For example, spousal maintenance orders or maintenance orders for the benefit of the children of the family can be varied upwards or downwards.  In making an application for such a variation, the court is obliged to consider all the circumstances of the case including “any change in any of the matters to which the court was required to have regard when making the order to which the application relates”.  On that basis, parties must be able to explain, with evidence in support, the impact the Coronavirus has had on their financial circumstances, such that the existing maintenance order is no longer tenable.

By contrast, other provisions dealing with capital such as, lump sum orders, property adjustment orders (i.e. sale or transfer of property) or orders for a transfer of assets are usually incapable of being varied.  That said, the court will allow such orders to be set aside in limited and exceptional circumstances, which are namely:

The final example above is referred to as a ‘Barder event’, taken from the case of Barder v Barder [1987] 2 FLR 480 in which the family home had been transferred to the wife pursuant to a financial order so that she could live there with the children of the family.  Tragically, the wife killed the children and took her own life after five weeks had elapsed from the date of the financial order.  The husband later made an appeal application, out of time, to reverse the order for the transfer of the family home.  The court allowed Mr Barder’s application because it held that the original order had been made on the premise that the housing needs of Mrs Barder and the parties’ children would be met by them living in the family home.  The unfortunate passing of Mrs Barder and the children however, vitiated the basis upon which the original order had been made.  After further appeals, the House of Lords confirmed that the original order providing for the transfer of the family home to Mrs Barder could indeed be set aside.  In their judgement, however, they warned against using this decision as a means to open the floodgates to further cases where parties wished to set aside their financial orders.  In doing so, the House of Lords established that the otherwise non-variable capital provisions of a financial order could be set aside if four conditions were met.  There are as follows:

The events as referred to above became known as ‘Barder events’.  Applications to set aside a financial order which rely upon a Barder event have been successful in a limited number of cases, one of which was Cornick v Cornick (No.1) [1994] 2 F.L.R. 530.

In that case, Mrs Cornick was awarded a lump sum order equal to 51% of the capital assets in the marriage.  Shortly afterwards, Mr Cornick’s company shares increased significantly in value, such that her lump sum order was reduced to a 20% share.  Mrs Cornick made an application to set aside the lump sum order on the basis that the increase in the price of her husband’s shares fell into the category of a Barder event.  Her application was however unsuccessful as the court clarified that the Barder event had to be both ‘unforeseen and unforeseeable’.  In addition, the court held that the Barder event must have caused a significant change in value of assets so as to bring about a substantial change in the balance of assets as provided for in the financial order.

Could the Covid-19 pandemic be considered as a Barder event?

It is thought that the pandemic will be considered in the same way as the 2008 global financial crisis, notwithstanding the enormous scale of its impact on health, social mobility and the economy.  In the wake of the economic recession that followed from the financial crash in 2008, many applications were made to set aside financial orders on the premise that the criteria of a Barder event could be satisfied.

One such application was made in the case of Myerson v Myerson No 2 [2010] 1 W.L.R. 114.  In that case, the parties’ assets amounted to £26 million in March 2008.  It had been agreed that the wife would receive a share of 43% of those assets, to be made up largely in cash, and the husband would retain 57%, to be made up largely of company shares which were each valued at £2.99.  One year later, the price of Mr Myerson’s shares had reduced to 27.5p each as a result of the global financial crash.  He argued that these were new events which undermined the basis upon which the original financial order had been made and as such that order should be set aside.  The court did not agree with him and dismissed his application, reiterating what had originally been held in Cornick, which was namely that the fall in share prices was part of  ‘natural processes of price fluctuation’ which could apply equally to ‘houses… or any other property… however dramatic…’ and to that end could not be considered as unforeseeable.

It could be argued that unlike the global economic crisis of 2008, which had been predicted by experts, the Covid-19 pandemic and the economic recession that ensued from it had been neither foreseen nor was it foreseeable.  That said, once again its impact on the falling prices of houses or share prices could be considered as part of the ‘natural processes of price fluctuation’ which are foreseeable and as such, cannot be classed as Barder events.

Similarly, redundancies that may arise from business collapses caused by the 2020 pandemic could also fall short of meeting the criteria of a Barder event.  In the case of Maskell v Maskell [2001] EWCA Civ 858), the husband sought to set aside his financial order after he had been made redundant two months later.  The court took the stance that ‘There is nothing permanent about employment of the sort that Mr. Maskell held at the date of judgment before the District Judge. There are hundreds of thousands of breadwinners who have to face the challenge of the loss of what seems to be secure employment as a result of all sorts of events. It may be some major takeover or it may be that some shift in the international market destroys the security, not only of individuals but of whole communities…’

Evidently, the requirements of a Barder event are highly fact-specific and suffering financial loss alone as a result of the Covid-19 pandemic may fall short of those requirements.  The courts will be wary of opening the floodgates to a spate of new cases seeking to set aside existing financial orders, however, applications like this are already being made and the legal profession eagerly awaits the first case of this kind to come before the courts.

It will be important for applicants to ensure that all requirements of a Barder event can be met, including that the event in question takes place close to the making of the financial order.  On that basis, if your financial circumstances have been directly impacted upon by the ongoing pandemic, to the extent that you consider your financial order should be revisited, it is essential that you obtain legal advice as soon as possible.  At Tisshaws, we can arrange for an initial consultation with one of our lawyers where we can advise upon the merits of your particular case.

If you would like to book an initial consultation at Tisshaws for a fixed fee of £50.00 inclusive of VAT, please contact 01444 472700 or email info@tisshawssolicitors.co.uk. 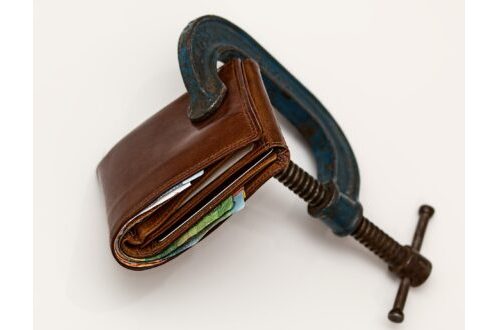 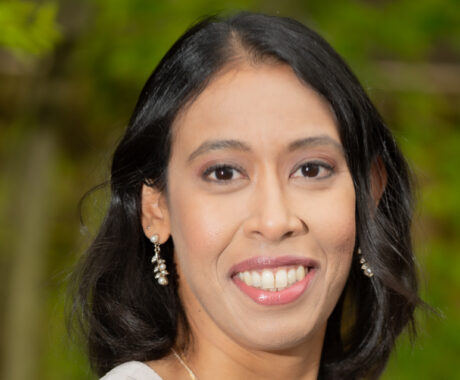